At least I don't consider it fun to play either with patatoes, or unicums who singlehandedly decide the game. I don't know what kind of proof you guys want for my statement that I would have more fun without a DD starting the game by reversing the first 2 minutes and sadly not making that one up, happened recently.

Why do so many other games have skill based matchmaking if it is all irrelevant according to the people here? But that is something the MM can't make up for. You can't hold the MM responsible for a players bad action. Most of these games have either small teams or fixed teams look at CBs for example. But for large random teams? Could they take the number of battles a person has played and try to balance out the total number of battles played by the players on each team?


Last night I played an Ranked battle with my mate. Our side had the total number of battles fought while the enemy team had the combined number of battles fought and this was with one player having hidden stats. Enemy team had one player with little over battles. Our team had several with under battles. And there are also players with over It wouldn't help either. In all groups there are different skill levels.

The "good" bad payers would be promoted to the middle group and the "bad" good players demoted. So we'd end up with the same system as we do have now. I'd suggest a "soft cap" MM preference for beginners in a ship: Don't know if that'd be viable or possible though.

It's a valid debate. From a technical angle this could be done easily. I think the main implications would be gaming-philosophical and not technical.

Want to add to the discussion?

Right now "Random" is this implicitly casual place, where everyone plays together. Do you want to go here?

In a 6vs6 when you are down 3 to 1 or even 4 to 1 with caps disadvantage AND point disadvantage ofc, you simply run out of time. Do you think more than 1 from my team which was my division ofc tried to shoot the enemy DDs were 2 actually? You think 2 of our DDs would take C without enemy interference? 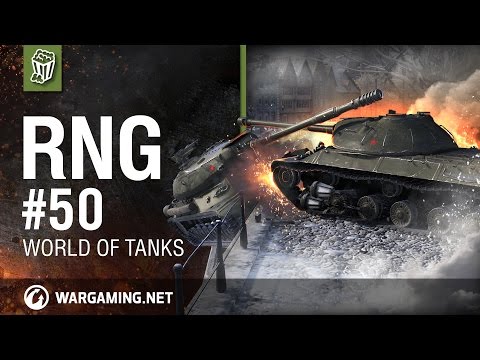 So back to the question: If you manage to decide who is potato and unicum, how will they be paired against? If there arent any unicums, will i get a really bad player instead? Then i might aswell quit WoWs right away, because those players are too bad to even carry if you put too many in one team. Many ppl have said, not the side with the better players wins, but the one with less idiots. This is very true. It is if you want the unicums to fight unicums and derps vs other derps but if the amount of battles per bothsides were about the same.

Atleast the teams would be in around the same experiance level. Server Maintenance - January 18, 6: You need to play a total of 50 battles to post in this section. Why no skill-based matchmaking for random? Posted November 6, Still, if we consider something like this: Each player gets XP from a battle like before. Each player has a rating such as ELO.

After each battle, each player gains rating from team mates with lower XP, and loses rating to team mates with higher XP. Zero-sum game within the team for each battle. If you consistently contribute more than your buddies your rating goes up, or vice versa. Based on ratings, player base could be split to three levels: Instead of one queue, there would be two. The average guys would have a chance of being thrown to either queue. If there are few players online for the tier, you could switch to using one queue. Share this post Link to post Share on other sites.

Please exlain with a handful of examples how skilled MM leads to "fair" games for everyone?! I think you're making this out to be more dramatic than it is because you're seeing it from the perspective of a CV player - which honestly says more about the state of CVs than it does of the effect of a skill based matchmaking system. That being said, I think SBMM would improve the quality of games for CV players as well - unless you're specifically looking to play against CV players that are a lot less skilled than yourself.

Skill based matchmaking can be designed to be scalable and dynamic , that means that even during low population hours, wait times will be kept to a minimum. You paint a scenario where a skill based matchmaker is some kind of static beast that will sit around and wait until it finds enough high ranked players.

Sounds very dramatic, but it's also a poor and downright unrealistic way of designing an MM. What a skill based MM would actually do is to ensure that players of different skill ranks are spread evenly on each team. So there would be minimal waiting, while lessening the chance of ending up on a completely potato team that gets steamrolled. This also solves the supposed problem of having people of different skill ranks in the same division.

So players using the correct ammo and not farming damage with HE get easier opponents? Clanbattles only work because the MM is based on the clanrating. Basically the division is rated as one not the individual players like it would be the case in randoms. And still it ends in a faceroll if one good clan fields the 2.

Oh with skillbased MM you can easily reach the bad players!

Just delibertly play like a bot really bad for several days and you are in for a clubbing ride! Still doesn't fix the problem though of either high queuetimes due to being to restrictive or being pointless due to being less restrictive. Also it has to be class dependant as you don't want me in one of my rare really bad CV games rated like I was playing DD. Another skillbased MM thread.

You seem like a good player so it must be a case of you not realizing the strain on the waiting times or the whole pointlessness of the system if you reduce the restricitons on a managable level. Either way the typical "didn't thought it through" like always in these Threads pro skill based MM. Apart from the points El2aZeR already pointed out there is still more comming:. Meaning if you do this for long enough you will see all your so much hated potatoplayers again apart from the real extreme other side of the spectrum. You can't have an automated system that will know if you are just having a bad streak, let someone else play or if you play bad on purpose If enough people are doing this because they get bored to waiting in queue it defeats the whole point of the system right?

Also no 2 years is already rather old in the gaming industry. Just think of Evolve for example.

That game was long dead by then. DD who smokes team and spots any enemy attempting to close ends up low in score board no matter how much he does that. How often do you see those battleships who went to map borders max distance from everything important and do something only when match is already lost get XP reflecting their team sabotaging gameplay?

Like I've said before, no need for complex ideas like OP is throwing around. Keep it simple stupid. The beauty is that you can keep queuing up with the same pool of players but you get more balanced teams. If you get 5 potatoes, so does the enemy. There's no way around that unless you want to radically divide the game into separate parts which is something LoL might be able to do but with 25k players online in WoWs this is something we cannot afford. And so in 6 months -1 year things will go back to the randoms we all love but this time there will be no potatoes nor unicorns stat wise but everyone will be avg joe.

So apart from everyone loosing the bragging rights , Skill based MM wont do crap to improve the gameplay it will only increase the queue time for the unicorns for that first period of time. If it were true, they should implement the system Dude, the system already works on hundreds of online games. They just have to find a set of stats to adapt it to. There will always be small fish and big fish, no chance that everyone will be average fish.

Server Maintenance - January 18, 6: You need to play a total of 50 battles to post in this section. Steps are being made - Matchmaking!!! By Hammerald , April 13, in Gameplay matchmaking update 0. Posted April 13, Share this post Link to post Share on other sites. Op needs to learn something. The word random in "random battles," means something.